Shopping for love on the meat market 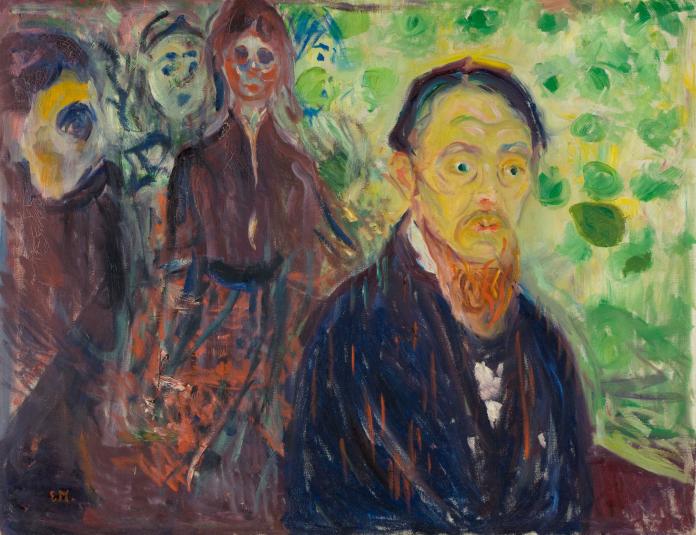 The boundless giving of oneself is as radical as possible in its opposition to all functionality, rationality, and generality’ – Max Weber

In Adam Johnson’s Pulitzer Prize-winning novel, The Orphan Master’s Son, the ever-present, inescapable hand of the North Korean state reaches into the most intimate corners of its citizens’ lives:

Around Sun Moon, blossoms open, the petals spreading wide to reveal hidden pollen pots. Commander Ga dripped with sweat, and in his honor, groping stamens emanated their scent in clouds of sweet spoor that coated our lovers’ bodies with the sticky seed of socialism. Sun Moon offered her Juche [‘self-reliance’, the official state ideology of North Korea] to him, and he gave her all he had of Songun [‘military first’] policy.

The cliché is that totalitarian societies are totalising; a world so unfree that even involuntary bodily functions are political – fucking isn’t even an escape. It’s a dystopian vision where love can never exist because, as Hannah Arendt put it, ‘love … is not only apolitical, but antipolitical, perhaps the most powerful of all antipolitical forces.’

Having spent the last few years navigating the online hellscape of dating apps, Arendt’s notion feels uncharacteristically sentimental. If love is anti-political, then the modern mechanism for finding it is certainly not. In dating apps the hegemonic force of capitalism has finally engulfed intimate relationships. Tinder, for instance, is a veritable meat market: potential partners are ‘liked’ or ‘not liked’ based chiefly on their physical appearance; ‘swiping’ feels like a transactional act because you – in the space of a few seconds and with almost no information – ascribe each stranger that pops up before you an arbitrary value. People at this point might as well enjoy something similar to liverpool escortdirectory.com because at least they are honest about what they offer.

It’s like shopping for a mate and the fact that it’s been normalised is a testament to the dominance of the consumerist society.

As technology plays a more significant role in our daily lives, championed by digital prophets and tech evangelists heady with the infinite potential to ‘optimise’, ‘innovate’ and ‘disrupt’, we rarely pause to consider the consequences of this changing world. The impending tech utopia/dystopia (depending on your view) and the charge towards a fully automated future can often feel inevitable. But how much autonomy are we prepared to give up in the name of ‘progress’? And what does love look like in such a world?

For Zygmunt Bauman, one of the characteristics of modernity is that people’s lives are increasingly divided between online and offline worlds and their online life is designedly risk-free. People surround themselves with like-minded individuals – euphemistically termed ‘communities’ – and wilfully cut themselves off from people of different faiths, class or race or, more commonly, people who simply have a different worldview to theirs. This kind of atomisation fractures existing communities, often in tragic ways as the recent Toronto van attack, carried out by a member of the ‘incel’ movement, demonstrates.

It’s this absence of risk – love without the fall – that Alain Badiou sees as the defining feature of internet dating. For Badiou, such relationships can never constitute love in the truest sense of the word; ‘love’, in his formulation, ‘cannot be a gift given on the basis of a complete lack of risk.’

Implicit in much of this analysis is that the explosion of dating apps is the by-product of the atomisation of society; a further attestation that we are, in the neoliberal age, first and foremost consumers. Badiou’s definition of love – experiencing the world from the point of view of two and not one; living from the point of view of difference and not identity – is messy, disordered and often irrational. It is, in other words, everything the market claims not to be.

Dating apps – the rationalisation of intimate relationships – are anathema to love. That’s not to deny that people have fallen in love with someone they met online; instead, one needs to draw a distinction between personal experiences and the structures dating apps perpetuated.

I’ve never had any particularly bad experiences with them. But the longer I go on using them the more disillusioned I become. It’s not that the people I meet are any less interesting or the dates more unenjoyable, but the encounters have become more tedious because they increasingly feel formulaic. This is in some ways, of course, a reflection on me – the only common denominator in all these encounters. But it has more to do, I think, with the fact that, in polite society, there are certain social norms we observe when meeting someone for the first time: you ask their name, maybe speak about a little about their work, compare hobbies and interests, etc.

It reminds me of something a friend told me; Before you head out on the date, be mindful of your expectations and stick to them. If you are looking for a hook-up, then so be it. But if you are looking for a relationship, then make sure that you are upfront with that feeling. This doesn’t mean that you should scare your date off right away with the talk of marriage. But, as the conversation goes on, you should not be afraid to share what you are looking for. If you are on two different pages, then it might be best to cut your losses before they get too out of control.

Dating apps have made setting up these encounters easier than it’s ever been before, but this ease comes at a cost. The more dates I go on the more I feel that I’m having the same conversation over and over again, which unfairly and unconsciously reflects back on the person sitting across the table from me.

These dating apps are, in many ways, an extension of the ‘gig’ economy and many of the same critiques hold: while some individuals do well and succeed in ways they otherwise hadn’t, couldn’t or wouldn’t have, the net loss to society as a whole is what’s more significant. In Kill All Normies, Angela Nagle writes:

Sexual patterns that have emerged as a result as a decline of monogamy have seen a greater level of sexual choice for an elite of men and a growing celibacy among a large male population at the bottom of the pecking order.

Her point is no less pertinent if ‘a decline of monogamy’ is replaced with ‘a rise in the use of dating apps’. It is, essentially, the same argument made by those suspicious of the ‘gig’ economy – that it increases inequality. But if this is the ‘economic’ argument against dating apps, the social and cultural ones are more consequential.

Paradoxically, dating apps are isolating; they perpetuate a market-orientated worldview and a culture that glorifies the individual and celebrates and rewards narcissism. But like the market’s thrall over society more broadly, dating apps feel increasingly like the only way to meet anyone. On several dates, usually between the fourth and fifth beer, my companion and I have found common ground over our mutual disdain for the whole hellish ritual of online dating, only for one of us to ask resignedly, ‘But how else do you meet someone these days?’ It feels impossible to stave off the inexorable force of the ever-encroaching market. And opting-out, where even possible, often involves significant personal sacrifice.

In the North Korea of The Orphan Master’s Son it’s easy to see how love could be a radical and liberating act. Indeed, the archetypal hero of dystopian literature, Winston Smith, embodies this mythos. But cocooned in our world of abundance, insulated by misconceptions about freedom and choice, the idea that love can still be a radical act seems anomalous. Instead, we venerate our chains and hold them up as a mark of our civilisation. But love in the Weberian sense can free us from the oppression of the market, although not if we put our intimate relationships out to tender.

(This piece was originally published in Overland on 9th May, 2018.)